The best way to experience the way we work is to hear from our teammates. See how our values drive the way we do things around here.

Many of the things Aaron’s Database Administrators work on do not have an immediate impact on the Aaron’s customer, like that of a new application or feature. Even though we do not work directly with our customers, our services are used by the Aaron’s associate, who we work with on a daily basis. Therefore, in the grand scheme of things, we make a significant contribution before Aaron’s technology ever makes contact with our customers.

Having been one of the first teams to embrace PowerShell-centric automation, DBAs faced skepticism from some users when we introduced automated processes. We took it upon ourselves, sometimes even developing modules afterhours, to become a 100% PowerShell literate DBA team. Over a period of time, processes have been better streamlined, and skeptics are now convinced. At this point, these processes have become indispensable to our daily routine. This is not the only thing we’ve done to make things efficient around here.

Although DBAs work with TSQL and write maintenance scripts, traditionally DBAs are not coders. The Aaron’s DBA team, however, has broken this mold. Not only have we created a DBA Dashboard in ASP.net but also an interface created in PowerShell Studio called ALU (Aaron’s Lite User Interface) that has been helping other technology teams tremendously.

Sometimes it is difficult to gauge the criticality of a task. For example, the benefits of archiving data at the stores is not immediately apparent. Customers do not see it, and applications will not benefit right away, however, this is a very critical task. An unarchived database is a time-bomb as you never know when it will bring down the system. The DBA team worked over a year to create a framework for archiving, and to bring all the stakeholders to a consensus. Within the last few months we archived two of the largest database tables at the stores, which saved substantial amounts of disk space.

All of this is to say, we strive to do work that matters. We measure success by the results we generate, not by the tasks we complete.

Quality Assurance Analysts often are asked to test work without understanding how it positively impacts our customers and associates. In our recurring payment solution, EZPay, we offer payment options to match the day(s) in which our customers get paid. When store associates requested a payment option of “Every 4 Weeks”, I wanted to know if that was even worth our time.

I popped over to the Department of Labor website to see who was getting paid every 4 weeks and why. Turns out, no one is! The most common pay frequency is biweekly; however, the majority of Aaron’s lease agreements are set up as “Monthly”. This means that if we take a payment every 2 weeks when the customers get paid, it does not necessarily renew the agreement for the full month. To remedy this, stores were manually setting up “One Time” payment schedules every time a customer wanted to pay. The added option of “Every 4 Weeks” would allow these customers to renew their agreements while also staying aligned to their income payment dates.

Within five months of adding this option, we had over 13,000 (a 2.5% increase) in recurring payment schedules on “Every 4 Weeks”. The number of “One Time” payments has decreased by a similar percentage, so we can safely assume that “Every 4 Weeks” is having a positive and meaningful impact to reduce manual intervention and adopt recurring payments.

Believe Anything is Possible

The Aaron’s Club program was a massive effort between cross-functional technology delivery teams. As the allocated Product Manager for the Payment Solutions portion of this initiative, my focus was to outline a clear vision and path to success for the team while providing encouragement every step of the way.

An important factor in the way we work is encouraging greater ownership in the individual team members by allowing them to have a stronger voice in the solutions we developed. Also, our iteration planning was a collaborative effort where we focused on the most important goal, the rollout of the Club program, and defining clear steps that would get us there. We made sure to break up work in logical pieces that could be done within the iteration and drive towards Club completion. I did not have all the answers and met regularly with developers to encourage their ideas and involvement in coming up with the right solutions. By staying positive and setting a clear path to our goals, we were able to deliver the payments piece to the over Aaron’s Club program three weeks in advance. 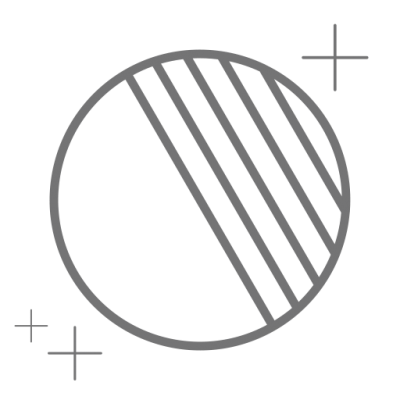 During hurricanes Harvey and Irma, some of our customers living in the impacted areas had difficulty getting to our stores. At the same time, many of our stores were inoperable due to flooding, storm damage, and connectivity issues from the storms. Because we pride ourselves on treating every customer like family, we needed a solution that would make sure they were taken care of; therefore, we quickly developed a solution to try to contact those customers that were impacted.

We were able to build out a platform and iron out the logistics with 72 hours. Our system let our customers know that we were there to help them through this time of need. Overall, we had 70 stores affected by the storms, impacting approximately 4,000 customers. We were a resource for our customers, giving them the ability to speak with a live customer care representative and also begin the process of replacing any Aaron’s furniture, appliances, and/or electronics that may have been damaged from the storms – all within four days from the kickoff of this campaign.

When most people think of going to work, I’m sure “fun” is not the first word that comes to mind. I know it certainly wasn’t the first thing I used to think of, however, Aaron’s has changed my perspective on that completely. The Aaron’s Tech culture has fostered an environment where we get tons of work done, and we have a good time doing it. We try not to take ourselves too seriously, and we like to have a blast no matter what we’re doing.

The Aaron’s Tech office is a fun place to hang out in general. It’s called “The Studio”, and all the room names are movie titles. We have a game room, named “Rocky”, where if we need a break we can shoot some hoops, play pool, or ping-pong our hearts out. We even have annual, office-wide basketball, pool, and ping-pong tournaments because a little friendly competition never hurt anyone. Plus, there’s always a 3-D printed trophy involved. Who doesn’t love a 3-D printed anything?
In addition to the game room, we have access to the Kennesaw State University track, and company-provided bicycles and helmets. Aaron’s supports being active during the work day because it boosts productivity, improves mood, and makes associates feel more satisfied with their overall work.
As if all that wasn’t enough, there are several events we coordinate throughout the year to create and share fun. For Halloween we have a costume contest and pumpkin decorating competition. We also have an annual Employee Appreciation Carnival day where we get to play games, eat cotton candy, and have caricatures drawn of employees. From holiday luncheons and raffles where we can all gather and enjoy each other’s company, to bake sales that raise money for charity because nothing tastes quite as sweet as giving back, there’s something that everyone can enjoy!